Enter your City name or Pincode

An urban area in the Kancheepuram district of Tamil Nadu, Alandur is one of the many zones of the Chennai Corporation. It lies in proximity to the famous St. Thomas Mount Cantonment, which has the Officers Training Academy of the Indian army. The neighbouring towns of Alandur include Guindy and Adambakkam. Alandur is also renowned as the state assembly constituency of Tamil Nadu. In 1967 M. G. Ramachandran, the ex-chief minister of Tamil Nadu had begun his political career by winning the legislative election from Alandur. Alandur has a population of 164,430 as of 2011, along with a sex ratio of 997 females for every 1000 males. The population of Alandur is growing at a rate of 12 percent per year. 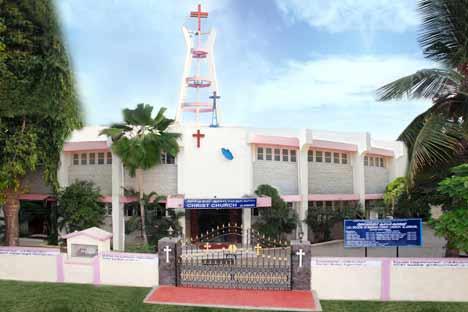 Geography and Climate of Alandur

Alandur is located between 13.03° North and 80.21° East on geographical coordinates. It stands at an elevation of 39 feet above the mean sea level. As Alandur lies on the thermal equator, it has a tropical wet and dry climate. The hottest months in Alandur are from May to early June, when the temperatures vary between 35°C to 40°C. December and January prove to be relatively cooler months in Alandur, where temperature fluctuates between 15°C to 22°C.

Well connected by road, Alandur is home to the Kathipara Junction, which intersects Grand Southern Trunk Road (NH 45), Anna Salai, Mount-Poonamallee Road, and Inner Ring Road. . Alandur is famous for the Kathipara flyover, which is known to be the largest cloverleaf flyover in entire Asia. Alandur has a 24-hour bus facility, which serves many routes to nearby and faraway places.

The nearest airport to Alandur is the Chennai International Airport, which lies at a distance of 5.2 kilometres. The airport is well connected to national and international cities like Mumbai, Delhi, Indore, Ahmadabad, Dubai, Bangkok, London, and Kuwait. 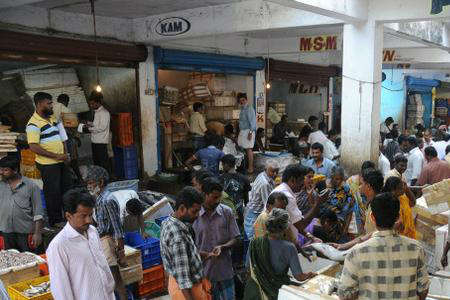 Alandur is home to a 200-year old market known as the MGR Market or Alandur grocery market. This market was donated to the local shopkeepers by M. G. Ramachandran, the ex-chief minister of Tamil Nadu. The MGR Market is situated in the middle of MKN Road, which starts from Guindy and ends at Meenabakkam Airport in GST Road.

Alandur is a predominantly a place with a horde of religious places. Visited by innumerable devotees from across India, Alandur is home to some of the oldest Hindu temples, churches, and mosques. Many of the temples in Alandur still follow age-old rituals, customs, along with annual festivals that see a huge footfall of devotees. Some of the popular temples in Alandur are:
In addition to the temples there are mosques or masjids in Alandur which are also not only important places of worship but also architectural marvels. The important mosques and churches are:

Are you a Business Owner?

Add the products or services you offer